The tomb of Michelangelo can be found in the Santa Croce Church in Florence Italy (Firenze). The three figures sitting on the tomb represent painting, sculpture and architecture.

During his live, Michelangelo produced such works of art as the "Statue of David". 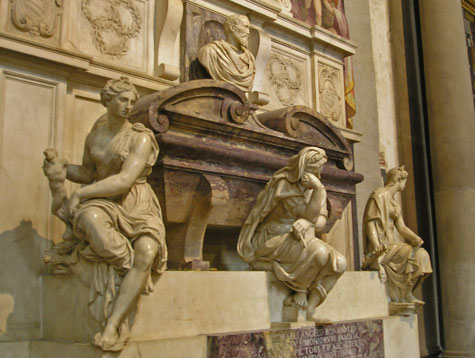